Mechdyne’s technology is featured on the cover of InnovationIOWA Magazine

Unlocking the Mysteries of Toddler Development at Birkbeck

Birkbeck, University of London’s, acclaimed Centre for Brain and Cognitive Development (CBCD) had already made great leaps into understanding the development of the human brain. Yet a significant gap in this knowledge persisted because early brain development was hard to reveal with brain imaging studies of toddlers, aged 2-5. By partnering with Mechdyne Corporation, Birkbeck was able to create the world’s first ‘ToddlerLab’ in 2021, tapping further into an unknown element of human cognitive development.

A Black Hole in Human Understanding

Denis Mareschal, Director of the CBCD, explained that there is a ‘black hole’ in the understanding of toddlers’ brains. The name of this group of infants derives from the actions that they take – toddling. Naturally, toddlers are active; they want to explore, interact with their peers and play. This makes it challenging to measure their natural behaviour and brain function in a static laboratory setting where they will not sit still. 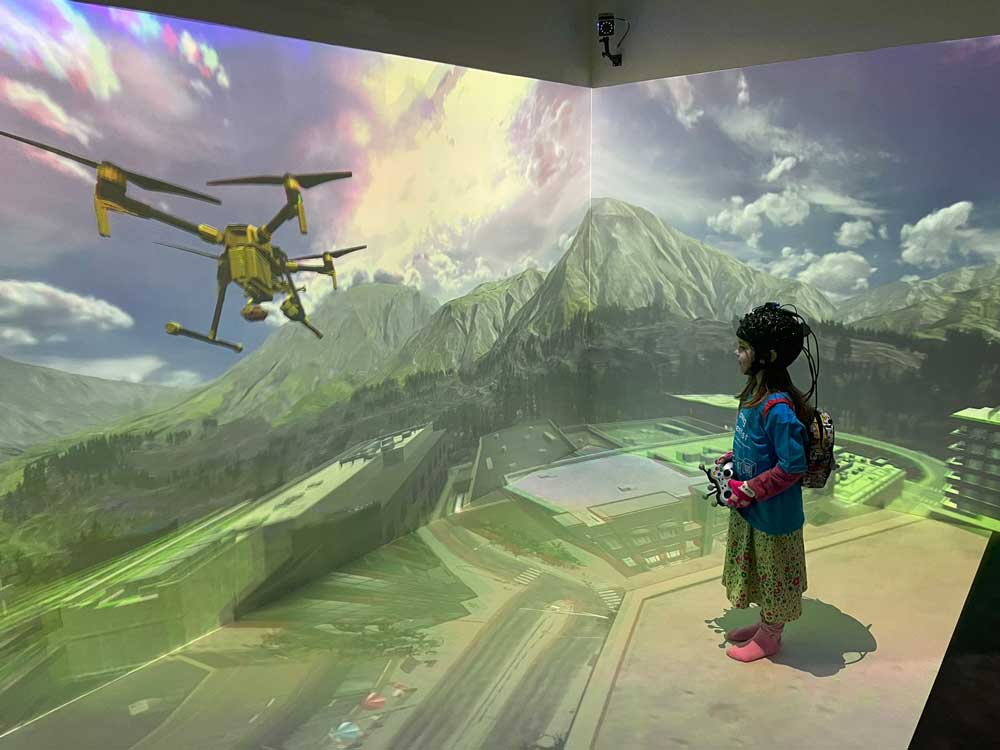 With the help of Mechdyne’s CAVE, a large-scale virtual reality environment, Birkbeck’s ToddlerLab can analyse toddlers’ response to multiple stimuli, and in multiple settings where toddlers can move around. The CAVE simulates different rooms and situations without the need for physical representations of each room. Birkbeck can create an unlimited number of visual scenes using game development software. Toddlers can roam in natural environments, such as their home, nursery or even a supermarket, all whilst wearing wireless biometric sensors. Hairnet sensors, motion trackers, and functional near-infrared spectroscopy, where blood flow to the brain can be measured through light absorption, capture all details during the toddlers’ experiences. Eye tracking systems also monitor where toddlers are focusing attention.

“Effectively you can project onto the screens any environment, so we can bring toddlers in, pre-schoolers into the lab and it doesn’t just have to be a home or preschool environment. We can have them in situations that look like the middle of the downtown of the city, or a farmyard, or walking down the street. We can get a sense of how kids are interacting with their environment and how they’re learning about environments that go well beyond what we can provide in a staid laboratory setting.” Dr Natasha Kirkham describes in an early video.

This is an essential component of such cognitive research. Not only can behaviour be assessed in different environments, but also, crucially, with other children present. Denis Mareschal explains that it is not until around the age of four when children go to school and begin to interact with their peers, that disorders are likely detected. The ToddlerLab’s investigations enable toddler brain activity and behaviour to be assessed, so that experts can detect early markers of ADHD and autism. “It is important to identify these disorders as early as possible because this means that we can start to intervene to help the child as early as possible. We can help the child by putting them in a programme that may help alleviate problems, but also we can help them by helping their parents identify the problem and helping giving the parents strategies for coping with difficulties that their children will have and perhaps learning new ways of interacting with their children that would circumvent the problems,” he adds.

A Whole New World of Understanding

The ultimate aim of the ToddlerLab is to investigate the relations between brain development and changes in perceptual and cognitive abilities through the study of brain function using multiple imaging techniques and behavioural analysis.

A ‘nap lab’ will also form part of the wider ToddlerLab, allowing scientists to study the effect of sleep on child development, brain activity and learning.

The CAVE VR system is an immersive environment that creates a sense of presence in a virtual setting. Using motion-tracking, stereoscopic projection and computer graphics, it allows toddlers at the ToddlerLab to become fully immersed in different, room-scale environments. Using a whole room, rather than a head-mounted virtual reality tool, the CAVE enables a more accurate understanding of children in a more natural setting. Working alongside eye tracking as well as other informational sensors and equipment such as optical imaging, MRI, ERP, EEG, EMG, NIRS, and behavioural testing, it’s no wonder that the CBCD is internationally recognised for its work in the field.

The newly introduced CAVE and its spatial immersion affords Birkbeck’s ToddlerLab much quicker insight, reducing costs, faster delivery of projects, and therefore further analysis into other areas of research too.

The Centre for Brain and Cognitive Development’s Road to Success 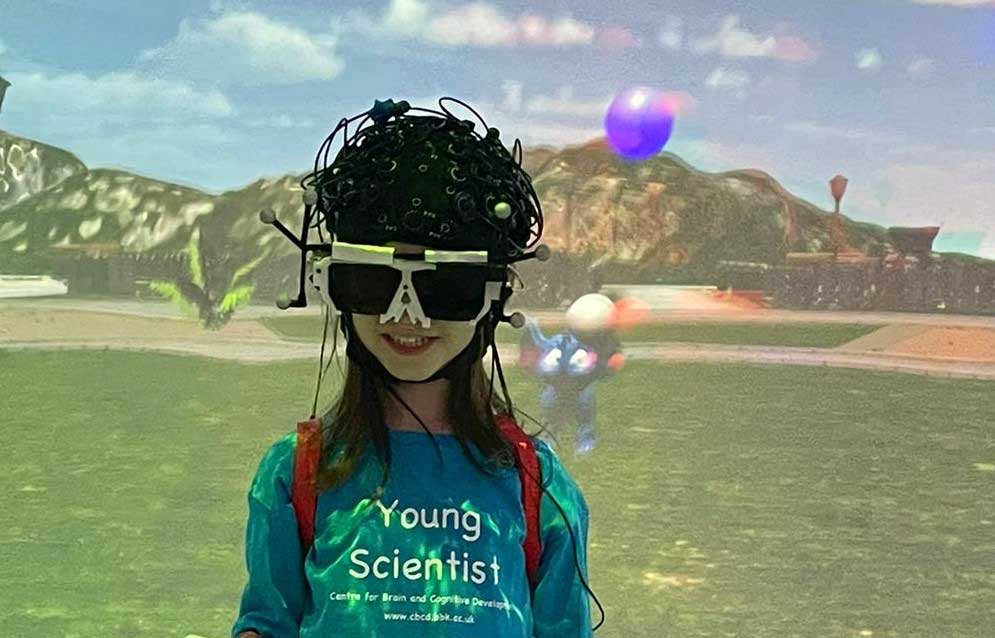 Over the last 20 years’ the CBCD at Birkbeck, University of London has seen incredible discoveries. From lowering the age to just six-eight months whereby differences in brain development can be identified, to discovering an important relationship between risk for autism and diagnosis, the CBCD’s BabyLab has already made huge progress in the understanding of developmental disorders. Not only this, but they have also discovered that screen-time impacts the sleep of infants as young as six months old.

The ToddlerLab will continue to investigate development in children, with recent projects including the study of children who have an older sibling with a developmental disorder and the impact of noise on focus and attention span in the home and at school.

Not only does early intervention aim to help and support the lives of those with developmental conditions, but studies in the Netherlands have already proven its economic efficiency. They state that even expensive interventions in the early stages of development will save more than £860,000 per person with autism over a lifetime.

“The more we understand the early signs of autism, and how they unfold into the full syndrome over the first years of life, the better we can target support services and help children and their families. The research conducted at the ToddlerLab promises to change the lives of people with autism,” explains Professor Mark Johnson, Founder and former Head of the CBCD.

Mechdyne is one of the world’s leading providers of innovative visual information technologies. Mechdyne bends technology to our will in ways that transform complex data into insights and ideas. To ensure our clients succeed, Mechdyne provides comprehensive, customized solutions that include consulting, software, technical services, and hardware integration.